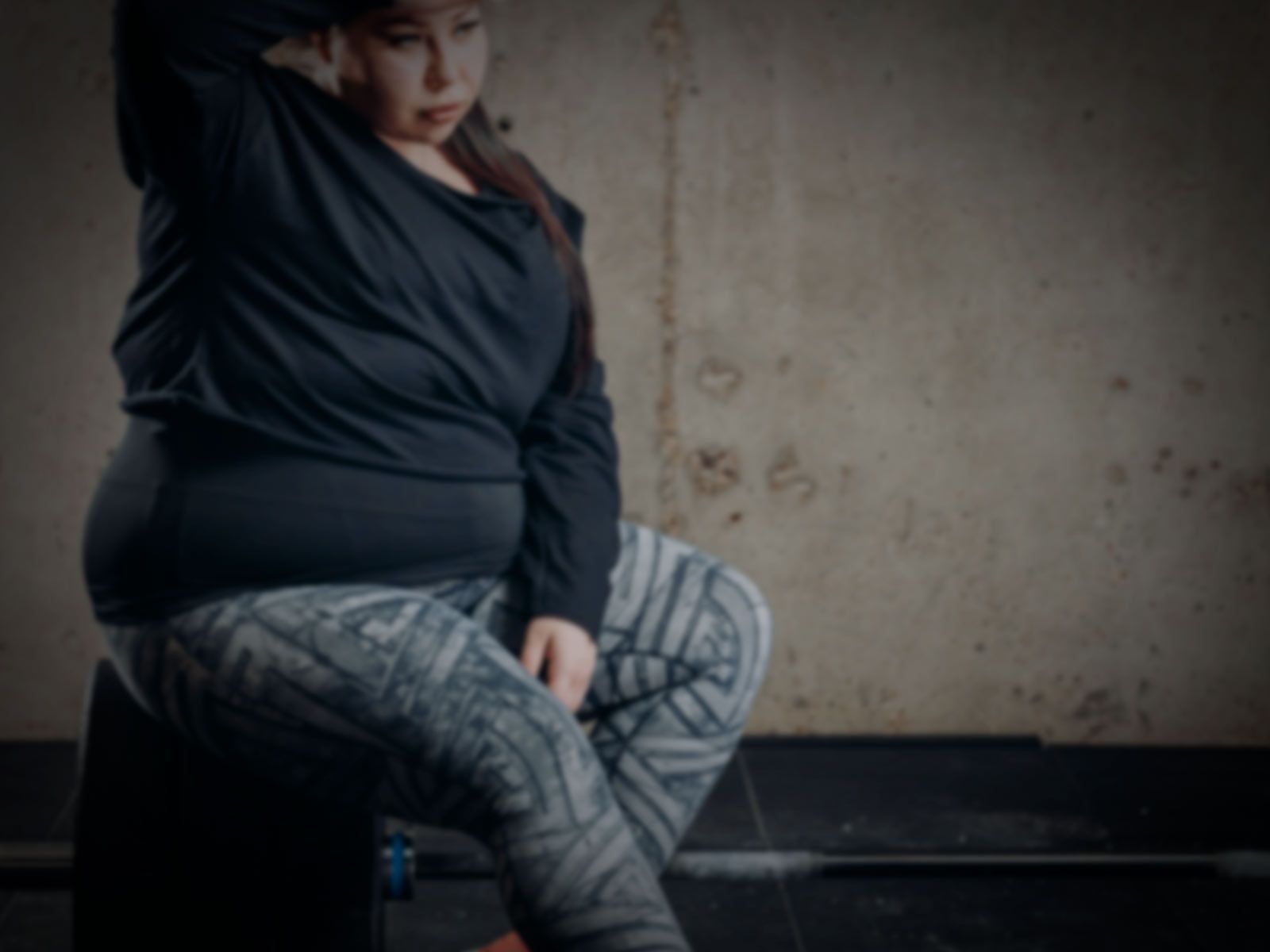 Understanding and Minimizing Potential Side Effects of Bariatric Surgery

Bariatric surgery can provide you with the necessary tools to finally lose excess pounds and keep them off, but many patients are concerned about the potential side effects.

Surgeons coordinating with the Tijuana Bariatrics℠ network can perform safe, successful procedures while minimizing the chance of bariatric surgery side effects.*

Learning more about possible complications can help you prepare...

Patients may experience some short-term side effects following their procedure. Fortunately, these conditions should improve over the first two to three weeks:

Some bariatric procedures, such as gastric bypass surgery, alter the digestive tract, meaning patients may experience a side effect called rapid gastric emptying, or dumping syndrome. Dumping syndrome can typically be avoided if patients adopt healthy eating habits and do not eat and drink at the same time.*

The anatomical changes caused by certain types of bariatric surgery mean that the food patients eat does not follow the normal course of the gastrointestinal (GI) tract. Dumping syndrome occurs when food, especially sugar, moves too quickly from the stomach to the first part of the small intestine (duodenum).

Dumping syndrome can typically be avoided if patients adopt healthy eating habits, such as choosing whole grains over refined starches.

This form of the condition occurs when the patient eats a large amount of food and undigested particles enter the small intestine too quickly. During normal digestion, food is broken down and regulated by the valves at the top and bottom of the stomach, then pass into the small intestine at a controlled rate. After bariatric surgery, food mixes with saliva instead of stomach acid, and fluids flush into the small intestine to dilute the food. This rapid movement of fluid typically causes symptoms 10 to 30 minutes after a meal. 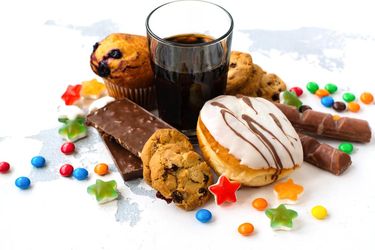 Late dumping syndrome occurs two to three hours after a meal, when foods which are high in sugar move rapidly into the intestine. This raises the patient's glucose level and causes the pancreas to release additional insulin. The increased insulin level results in a rapid drop in blood glucose levels, causing hypoglycemia or low blood sugar. Patients may experience symptoms such as hunger, shaking, anxiety, perspiration, exhaustion, and fainting.

Patients should be aware that dumping syndrome is one of the possible side effects of bariatric surgery. Although some individuals will require treatment such as medication, many patients find that simple dietary changes can provide relief:

You should steer clear of foods marked as "sugar-free" as the sugar substitutes contain ingredients that can trigger symptoms. Patients should also be careful about avoiding nutritional deficiencies since dumping syndrome can affect the body's ability to properly absorb nutrients from food. Your doctor can provide further guidance in this area.

Many bariatric surgeries alter the digestive system to make patients feel satiated faster and eat less, but these techniques can also reduce the body's natural ability to absorb sufficient vitamins and minerals from the diet.* In many cases, patients have to maintain a life-long intake of supplements to prevent nutritional deficiencies after bariatric surgery. Working with a nutritional counselor after your procedure will be necessary to determine whether you require nutritional supplements to maintain optimal health.

Nutritional deficiencies can be present even before treatment begins. Obese individuals sometimes suffer from vital deficiencies due to poor diet choices and may require certain supplements or diet modifications before undergoing surgery.

After surgery, patients will need to commit to a disciplined lifestyle which includes a nutritional diet and in many cases, supplements.

It should be noted that not all types of bariatric procedures result in the same risk of nutritional deficiency. The impact depends largely on whether the surgery utilizes a restrictive or malabsorptive technique, or a combination of both:

Gastric banding, such as LAP-BAND® surgery, reduces food intake by simply restricting the stomach's capacity. This procedure does not bypass any of the intestines and, therefore, associated nutritional deficiencies are not as pronounced as with other procedures.

Gastric sleeve surgery removes more than 80 percent of the stomach, and the remaining stomach portion takes the form of a "sleeve" shape. The reduction in stomach acids can lead to a deficiency of nutrients such as vitamin B12.

This surgery involves a combination of restrictive and malabsorptive techniques as the stomach is divided into two pouches and the intestines are rearranged to connect to both. As the food passes through only the lower portion of the bowels, nutritional and caloric processing is reduced. Gastric bypass surgery typically leads to significant weight loss but can also result in malnutrition if patients do not take certain precautions.

During duodenal switch surgery, a new, smaller stomach pouch is created, which is connected to the small intestine. The surgery also rearranges the small intestine to separate the flow of food from the flow of digestive juices, allowing them to mix in a smaller section of the intestine. Malabsorption then promotes weight loss, which can also lead to a reduction in nutrient levels.

Studies have found that nutritional deficiencies are the most likely long-term adverse side effect of bariatric surgery. This can lead to wide-ranging symptoms, including anemia and neurological dysfunction. Bariatric surgery patients may become deficient in:

It is important for patients to be screened regularly, at least once a year, for micronutrient deficiencies. This screening becomes critical among women who become pregnant after bariatric surgery, and any deficiencies should be treated before and during the pregnancy.

The long-term success of bariatric surgery requires a multi-disciplinary approach. In addition to consulting with your surgeon and general physician, a dietician can provide instructions and tips for a healthy, nutrient-rich diet and supplements that can counter these deficiencies. Throughout the recovery process and after, patients will need to commit to a disciplined lifestyle in this way.

In rare instances, patients may experience: 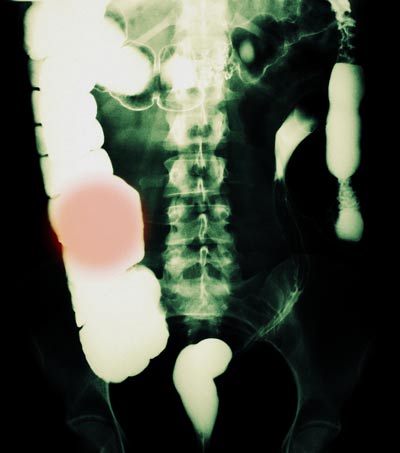 Bariatric surgery is generally considered safe as the associated complications and side effects have decreased significantly in recent years.* However, bariatric procedures, like other types of surgery, carry some inherent risks including a rare condition called bowel obstruction. This condition occurs when food cannot properly pass through the body, causing abdominal pain, cramps, and other serious symptoms. Treatment for bowel obstruction after gastric bypass surgery may require hospitalization as it is a serious health threat. The doctors coordinating with Tijuana Bariatrics take measures to minimize patients' risk of bowel obstruction. Using advanced laparoscopic techniques, for example, has been shown to decrease the prevalence of this concern.*

Bowel obstruction can be caused due to many factors, including eating a large piece of food that gets stuck in the intestines, severe constipation, scar tissue (adhesions) formed after abdominal operations, hernia (either internal or on the abdominal wall), or intussusceptions (twisted intestines). The bowels can even become obstructed due to adhesions or hernias years after surgery.

A blocked intestine or bowel can take two forms: partially or fully blocked. Both forms can cause debilitating abdominal pain, and also result in symptoms such as severe nausea, diarrhea, vomiting, constipation, bloating, or an enlarged abdomen. Bariatric patients should seek immediate medical attention if they experience any of these indicators. It is important to note that several of these symptoms are also associated with conditions such as hernias, Crohn's disease, severe constipation, diverticulitis, inflammatory bowel disease, and cancer.

A thorough medical examination is required in order to properly diagnose bowel obstruction. You should stop eating and drinking until you can be examined. Your doctor may take abdominal x-rays or computed tomography (CT) scans to determine if the symptoms are being caused by bowel obstruction, and will then plan the treatment accordingly.

Partial obstruction, in which some food and fluids can still move through the intestines, does not usually necessitate surgical intervention if the patient has been hydrated and stabilized. You will be provided with appropriate medications to ease any discomfort and often be advised to follow a low-fiber diet until your condition improves.

Surgery becomes necessary in cases of a complete obstruction. The surgeon will treat the cause of the blockage, such as excising scar tissue, to provide relief. In some cases, the doctor may remove a section of the blocked intestine as well.