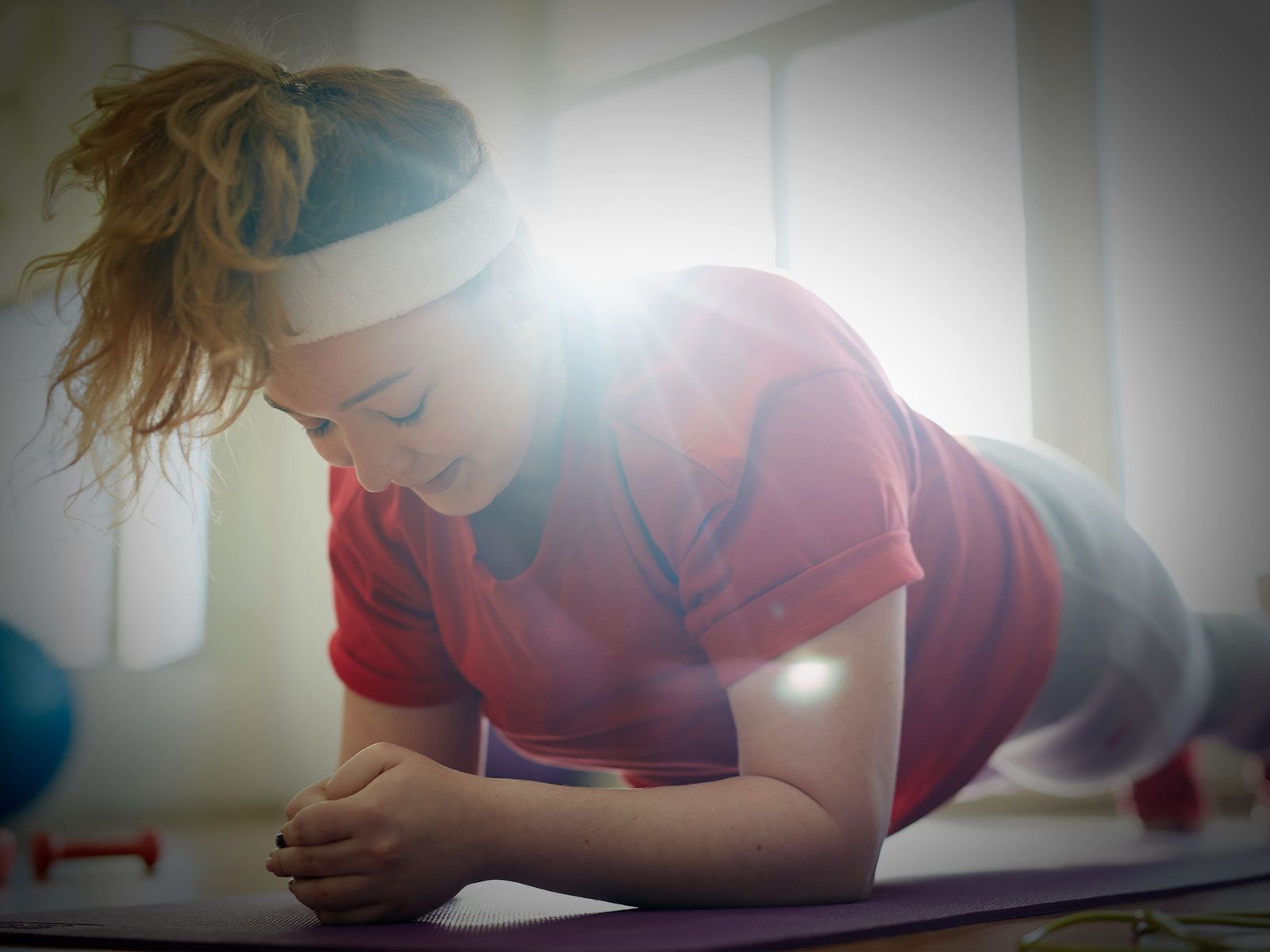 Bariatric surgery alone is not enough to guarantee your good health. Instead, it can be an effective tool for kick-starting the process of weight loss.

The team at Tijuana Bariatrics℠ can help you establish and maintain healthy habits after bariatric surgery to ensure that you keep the weight off and improve your overall health.*

Bariatric surgery physically alters the anatomy of your stomach to decrease its capacity. More intensive procedures may also reroute the digestive tract as a whole. Because these changes are so foundational, they require equally significant adjustments to your diet and lifestyle.

Establishing healthy habits starts even before your procedure. While patients can change their diet and exercise afterward, the surgery itself has dramatic effects on your body that can be difficult to manage. Beginning the adjustments beforehand can ease your transition into a new lifestyle and increase your chances of success.

Be sure to follow your doctor’s instructions as closely as possible. Sticking to a new diet or exercise regimen to the letter can be difficult, but patients should be committed to following the doctor’s recommendations as thoroughly as they can.

Because your stomach is so much smaller after surgery, meals must be consumed in smaller proportions. Most doctors recommend eating three small meals per day that are high in protein and low in carbohydrates. Sugary or very fatty foods should be avoided. Other habits and foods can lead to overfilled stomachs, as well. Patients should try not to snack between meals or drink during or immediately after eating. Additionally, gas bubbles from carbonated or sweetened drinks may put the stomach at risk and should be cut from your diet. While you eat, it is important to slow down. Chewing thoroughly and consuming thoughtfully can make you more aware of how much you have eaten.

While much of your dietary changes will involve downsizing, bariatric surgery can affect your ability to absorb vitamins and nutrients from food. Thus patients must also add supplements to combat potential deficiencies. Certain nutritional supplements can help to maintain normal micronutrient levels. Additionally, while you should limit what you drink during and after meals, you need to consume at least six cups of fluid each day to keep hydrated. Doctors will typically recommend high-protein liquid supplements, skim milk, and sugar-free or non-carbonated beverages.

Adjusting to an exercise regimen can be especially difficult. Prior to surgery, many patients have led sedentary lifestyles, often because of related conditions. For this reason, it is important to begin with a gentle exercise routine, such as walking, shortly after surgery. In the months after your surgery, your doctor can guide your transition to more comprehensive exercise routines. These typically involve cardiovascular exercises, strength training, and stretching. For the best results, your routine should last at least 30 minutes and be repeated several times each week.

Smoking and alcohol consumption can often lead to weight gain and other health complications. Most surgeons require a psychological evaluation that addresses this concern before approving a patient for surgery. These healthy habits are one of the most important changes you will need to commit to. If addiction is an issue, the dramatic after-effects following the procedure can make recovery all the more difficult.

Understanding the Dangers of Mixing Alcohol and Bariatric Surgery

Due to the changes to the digestive system, patients feel the effects of alcohol much more strongly, and consequently, should eliminate it from their diet completely. The team at Tijuana Bariatrics can help patients understand the interaction between alcohol and bariatric surgery and help them prepare for this change.

The Increased Effects of Alcohol after Surgery

By physically shrinking the stomach, bariatric surgery often leaves patients considerably more sensitive to alcohol. Since it does not need to be digested, alcohol is absorbed into the bloodstream much faster than most foods or liquids. In fact, a small portion of it is absorbed directly through the stomach, rather than in the intestine.

When a pre-bariatric patient consumes alcohol, the stomach produces an enzyme which helps to break down the fluid before it enters the bloodstream, diminishing the effects. However, since a majority of the stomach is removed in many bariatric surgeries, post-bariatric patients produce much less of this enzyme. Consequently, their blood alcohol levels are much higher than in non-bariatric patients who have consumed the same amount of alcohol

Further enhancing the problem is that food slows gastric emptying, and therefore reduces alcohol absorption. But it has been found that many gastric bypass patients follow the restriction of no eating while drinking, which causes alcohol to be absorbed even faster. This effect of alcohol is particularly exacerbated during the rapid weight loss period, immediately after their surgery. Additionally, certain surgeries, such as gastric bypass, can further intensify the sensitivity.

What Does This Mean For Me?

Patients should avoid alcohol after bariatric surgery, particularly during the period of rapid weight loss. In addition to the issue of increased sensitivity, alcohol can have a severe negative impact on a bariatric patient’s health and weight loss. After surgery, your stomach has a limited capacity, and the amount you can eat and drink is much less. By filling that space with alcohol, which has no nutritional value, you undermine your potential weight loss.

For patients with a history of alcohol issues, increased alcohol sensitivity can lead to a host of other complications.

Consuming alcoholic beverages could leave you more vulnerable to other health problems. Water and protein are extremely important to post-bariatric patients. Too little of either can lead to potential problems.

Dehydration is one of the most common reasons for readmission to the hospital after bariatric surgery. With a smaller stomach, patients must place drinking water at the top of their priority list. Alcohol interferes with this two-fold: not only does it take up space that could be used for water, it can also dehydrate you.

The human body needs protein for many functions and will take it from the most convenient source. If there is not enough protein coming into the body through food, the body will start taking it from its own stores, beginning with the muscles. When patients lose weight from muscle, compared to fat, it is much less healthy and typically leaves patients frailer.

For patients with a history of alcohol issues, increased alcohol sensitivity can lead to a host of other complications. The changes that coincide with bariatric surgery can be stressful to patients and can put considerable strain on a patient’s mental health. If a patient normally turned to alcohol to relieve stress, the effects are magnified considerably. If you have had problems with alcohol, it is highly recommended that you seek professional help or join a support group during the months after your surgery.

Smoking and Bariatric Surgery: Achieve Your Best Results by Quitting

If you are considering bariatric surgery to lose weight, it is essential that you quit smoking. The habit could endanger both your results and long-term health. To help you understand the relationship between smoking and bariatric surgery, the team of professionals working with Tijuana Bariatrics can explain how smoking effects you before and after bariatric surgery and the increased risks involved.

The Effects of Smoking on Surgery

Patients undergoing any type of surgery should avoid smoking and use of other tobacco products. The nicotine in tobacco increases your blood pressure and heart rate, resulting in your heart working harder to provide the oxygen you need. Cigarette smoke makes your blood more likely to clot, turning it thick and sticky.

It is highly recommended that patients quit smoking at least six weeks before their surgery. This gives the body enough time to dispose of related waste and adjust to life without smoking.

Smoking can make it more difficult for you to breathe during and after your surgery, as well as increase your risk of infection. Since oxygen is essential to healing, smoking can significantly delay wound healing. Studies have linked smoking to a number of bariatric surgery complications, including:

Consequently, it is highly recommended that patients quit smoking at least six weeks before their surgery. This gives the body enough time to dispose of related waste and adjust to life without smoking. Because of the danger it poses to your health, it is important to be honest with your surgeon about your smoking habits and any previous attempts to quit. Many surgeons adhere to very specific guidelines about the timeline and will reschedule surgery until a patient is at their healthiest.

The Importance of Quitting

It cannot be overstated how important quitting is to the success of your bariatric surgery. Stopping smoking can be very difficult task for most smokers because of nicotine, its especially addictive ingredient. However, after discussing your smoking history, your surgeon can advise you on a number of different cessation possibilities, including:

Bariatric surgery recovery is an important part of your overall process. By quitting smoking, this helps ensure a safer, easier recovery, and the best possible results.